I am bit scared of people
I crouch in corner seeing
even the friendlier smile,
To hide it I say ,
I am good to be left alone!
I put so many filters and
Try to interpret people’s action
In my own version,
Did I say ‘yes I overthink a lot!’
When it’s time to make
Meet strangers, I shrink myself
And wish to disappear.
True right, I couldn’t even succeeded in
Being my own friend!
Oh that girl has nice hair
Should I say that !
What if she just get angry at me,
I don’t let the words leave my mouth,
I always swallow, keep it safe in my mind.
Oh I am looking cute in this hair style,
But Why she is staring at me,
I end up concluding
‘I am not good looking’,
With sigh, I change my hairstyle to normal one.
I hide myself from others in fear of rejection.
I am always a little girl
Living alone, away from others
Convincing myself with fake assumptions
Is it a protecting shield or a self-contained prison! 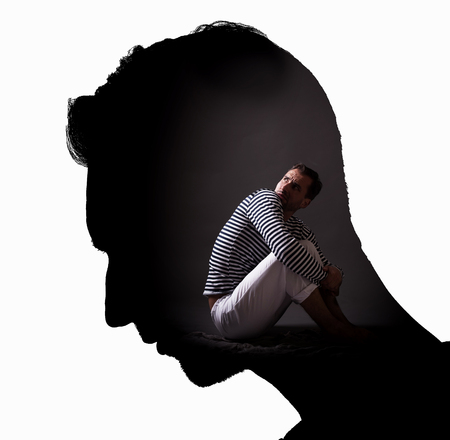 Comments Off on What is it!

People leaving your life don’t hurt much, the void they left behind is what hurts.

Filed under one liners

Tagged as loneliness, memories, one liners

Nivi had a doll , which she had since she started playing. She used to grow up seeing that , talking to that. It is her best friend,first friend,companion, every name you can think of for friend. She even cries if it fell down thinking, it will get hurt.

Even when she grew up , her bond with the doll thickened day by day. When she cant share any problems with her friends or parents, that doll used to be her option to do that. As time goes on , she stopped hitting that doll , she begins to keep it with care and love.

She stopped playing with it as she did before, But she used it as listener to her talks . Dont know whats the magic of the doll she always got the clarity with her problems after this. She shared very single moment of her life with it. It has seen her in all mood Being happy, with tears, in sadness, getting angry, shouting aloud, being crazy, dancing,laughing etc. Like this her life moved on , she became a young girl.

One day , a neighbourhood kid came to her house. Her parents liked him very much. They let him play with nivi’s doll.He also liked it very much. Then he begun to come everyday for the doll. He also got attached to the doll every much .

Nivi was feeling restless ,whenever she needed that doll to be with her . He took it away from her. She was getting angry. She was afraid of losing her doll. But she cant do anything about it .

That kid liked the doll so much that he wanted to keep it to himself. He asked for it and convinced everyone that he will take good care of it. Nivi parents decided to give him that doll.

When they expressed this wish to her , she was very sad. For the first time in her life , she felt very alone. She got scared. She stopped talking to the doll, Whenever she gets time with it , she is lost for words . Yes her sadness cant be said in mere words. It can be only felt. I yearn to be kid and keep that doll hersel but she can’t express it to her parents , thinking they will consider this silly .

Then as decided one day her parents told her to present that doll to that kid. She was there smiling for their sake. But she felt lost. How can they expect her to be matured and behave like big girl, when it’s  not just a doll,her part of life,her childhood.with that doll,gone are all her happiness. But she didn’t shed any tears , because all her tears were dried .

But she had stopped expressing her sadness, Because Few things are meant to happen. She closed her eyes and wished “Let that doll get the love and affection as always wherever it is”.