Note: this is written for a challenge “change one part in a famous fairy tale to make it horror story”.

Once upon a time there was a kind and beautiful girl, whose name was Cinderella. She lived with her cruel stepmother and stepsisters where she was treated as a servant and spent her days cleaning, tidying and waiting on them hand and foot.

Despite their cruelty, Cinderella would always remember her mother’s words: ‘Have courage and be kind.’

One day an invitation to a royal ball arrived. The Prince was looking for a bride and everyone in the kingdom was invited.

Her stepmother immediately ordered new gowns to be made for herself and her daughters. Cinderella worked day and night to prepare the new dresses in time.

On the day of the ball, as they were preparing to leave, Cinderella came down the stairs in a dress she had made for herself. Her stepmother and stepsisters were so angry to see her looking so beautiful they tore up the dress and left without her.

Left alone, Cinderella began to cry when all of a sudden her Fairy Godmother appeared.

“Do not cry my child, you shall go to the ball!” she said.

“But I do not have a dress to wear.” cried Cinderella. Her Fairy Godmother waved her magic wand and at once Cinderella’s rags turned into a beautiful new ball gown.

Then her Fairy Godmother found six mice playing in the pumpkin patch.

She touched them with her magic wand and the pumpkin turned into a beautiful coach and the mice into four white horses and two coachmen.

When everything was ready, Cinderella waved goodbye to her fairy godmother who said, “The magic will only last until midnight. You must reach home by then.”

When she entered the ballroom, the guests were struck by her beauty and her stepmother and stepsisters did not know who she was. The prince asked Cinderella to dance and she was overjoyed.

The Prince and Cinderella danced all evening until Cinderella noticed the clock approaching midnight and she remembered her godmother’s words. “I must go” she told the Prince as she fled from the ballroom.

She was so happy rewinding all the events of the evening. She wished she would have spend some more time with her prince. She continued to fled towards her house. She was forbidden to come out of the house all these years. She began to look around in fear , darkness is making even the trees appear like ghost. She felt like someone was following her , she kept on running while turning to look behind , she skidded stepping on her gown.

As she was about to fell, her fairy god mother appeared and picked her up. Cinderella looked up to say thanks , but her voice froze in mid way. She was so scared to even shout. The hand holding her was no more shiny and fairy like, it was skeleton like and evil looking. She was praying silently to reach home safely. Blood was dripping on her head from the fairy’s mouth.

“ you made me wait for long time , I told you to come before 12” evil fairy said and let out a laugh.

“ please … please let me go” she whispered in struggling voice.

“I will make you feel peace. I will give you ending of all your suffering.” She saying in sweet voice and kept Cinderella to the forest’s floor.

Before them fire was burning and the place was looking scary with skull,bone and skeleton. In the light of fire, skull seem to whispering .

Cindrella tried to run but the fairy bound her to the nearby tree in swish of her wand.

Cinderella screeched for help. But no one was in the sight. She closed her eyes in fear and tightly hold on to something.

“What happened to you ?” Someone asked her with concern. She thought , she’s imagining the prince’s voice in fear. But someone was surely shaking her shoulder to bring her back to consciousness.

She slowly opened her eyes and peeked around. She was in ball room lying weakly in Prince’s Lap. Other people were looking at her in confusion.

“I … need to return. Fairy …. Please help me” she blabbered and fainted. But her breathe is peaceful and calm. Prince called doctor to look after his princess. She fainted and had a bad dream which eventually saved her from reaching on time to fairy. Fairy kept on waiting for her forever.

“This is the last time , I am doing it for you” she said in a strict voice.

“This is what you said last time also” He said scratching his head in confusion and gave his epic baby tooth smile.

His mom couldn’t act strict after hearing his innocent reply and ended up smiling. She hold his hands and began teaching him to write alphabets again.

She said in a heavy voice, “I love you, But“ She couldn’t finish the rest of the sentence. She closed her eyes as if trying to control her emotions.

She opened her eyes and seemed like she came to a firm decision. She slowly started backing off from the place.

She turned around and smiled ear to ear, took the cake in hand and started eating it hurriedly. She turned her eyes to the place where she left her diet oats and whispered in guilty voice“I am sorry, you know it’s my cheat day. But, I love you”.

As the rain
you washed off my tears

As the wind
you made my spirits high

As the blanklet
you protected me

As the mirror
you showed me who am

As the book
you made me learn this world

As the pen
you wrote my destiny

As the word
you gave me meaning

As the dream
you gave me confidence

As the playground
you taught me to rise after fall

As the angel
you came and bless my life

Even whole book is not enough,

But let me start with this small poem. 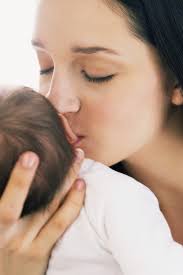 We are pushing everyone away

And living alone in our personal bay,

To fill the vacuum left by people race

In our closed space,

And fell in love more

with it without much discomfort,

To ease ourselves, we nurture things around us,

Without minding the world’s fuss,

You call it life,

I call it a luxurious prison with daggling overhead knife .

I have tried “Akko the witch” specially on request of one fellow blogger Thenise dyson. But I feel like something is missing in this. What do you people think 🤔

This is the reference picture I took