‘ Hey you ! you can’t even do  single thing perfectly . how dare you lose my money? go earn something then you will realize the pain of hard work‘  echoed  Aryan father’s voice. On his way to   bank and he lost his bag . he sighed and   left the home and started walking he dont want to face his father now.
Immersed in this thought he collided with someone .

He lifted his head to say sorry  but that person smiled and asked ‘ Hey  aryan !! am Jattin.  How are you?? what are you doing ??’   Aryan then remembered him and  those days in college. those happy days. Then
the two friends  shared their life’s  story . After hearing all that his freind promised him  to solve his problem of unemployment. Finally Aryan  asked with doubt ‘Hey do u think it will work??  ‘ .

Jattin laughed and said  ” sometime it is good to try something new  .am getting late.you come and meet me in this address later ‘. Aryan lost in his thoughts looking at the card in his hand . It would be the only  way .

He went to meet jattin. his flat looked very expensive. Aryan  started day dream about his future.He left jattin’s home with the moneybag and a suitcase  and went to watch a movie on  his way back home. But his mind was troubled. He saw the suitcase in nearby seat and started arguing with himself. He was helpless ,took a last glance at suitcase and people around him he left the theatre.

When he reached home. He opened his money bag . He gave that money to his dad . dad asked him about the money . ‘ Dad i…. well it doesnt matters ”     He was excited to have such large amount and started his plans to spend that money . He decided to take a nap .but instead of this much happiness his sleep seems very disturbed.In his dream he saw his mom,dad’s face, the bag,cinema hall.  boom and then sound of bomb blast. He wake up suddenly. He realized what he had done in his greed. May be this time his family was safe. but there are lot of happy family there. he has no right  to do this. Now that money looked like a proof of   his  betrayal to humanism. He looked at his watch , still there’s some time left. He rushed to the cinema hall to  correct his mistake. He prayed god to help him to stop this before it was too late. and throw the money bag in garbage on his way.

people arent bad by birth  they became like that by the society they live and suituation they face.

Life has many phases…. we enjoy all that phase like childhood , teenage,adult age etc… All have their favorite phase… my favourite phase is childhood… 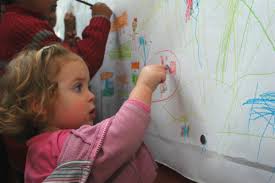 May be you too agree that…. How beautiful that age was…. no worries,no tension,no jealous,no greed,no selfish thoughts…… our heart was so pure, with innocent mind….we were always with our loved ones in world mom,dad and our siblings….. we did all what we loved without any second thoughts… we enjoyed our life in our own way… we made new friends,played with them,started experimenting our life… how beautiful our life will be if it stayed in that phase….. ofcourse it cant stay…:) As we growup, we stressed our life this much that we dont  have  time to be like that… we use the phrase’ wen i was a child i used to be lik this like this’‘  why we were same,our heart was same… it’s just that our priorities in life changed… instead of thinking about us .we started giving importance to the surrounding people… ‘omg that is so  childlish wat they will think of me ‘  We made ourself a  limit and learned to live within that for this society…. we can get back to that time… some do that wen they have kids to play with… that childlike personality is always there inside us..but we dont hav time to look around..give it a chance… if i got a chance  to ask god something… i will ask ‘ god let me live my childhood once again… enjoying it with  whole heart’ 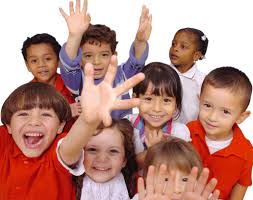 Can you imagine anyone without friends?

It can be  possible like this things . Life without breath. Temple without god’s idol. Earth without sun.

Almost everyone have aleast few friends. How our life will be without them?? It will be NOTHING . How wonderful it is that we meet someone in our life ,share our feelings and thoughts  and they become precious in our life. precious ?? May be that is also a small word to describe them:) We share our sorrows,happiness and problems with them freely with the relief that ‘ Here’s someone whom we can call ours’ .  There are many types of friends. Some very close friends, just friends,talkative friends, silent friends,short friends, sweet friends,cute friends and many more  making our life colourful in their own way. They are always in our life like stars in sky making us bright. They supported us,enjoyed  our happiness, shared our problem, appreciated us,scolded us when we were doing wrong, advised us, likewise in every suituation in our life. We need them every single minute. Friendship is a nice relation made by us. Today I am here ,writing this blog because of my friend. I thank  my FRIENDS for making me feel special.

Think  of this suituation. If people see  a girl and guy talking. what thought first come to their’s mind?  hmm
many things. But mostly this one ‘They might be lovers‘. Why is that so?? they can be brother sister, friends. anything like that. But still they watch them with this in mindset . We think they are doing something wrong. Why ? can’t a guy and girl be friends forever? Is this impossible thing?? I can choose someone as my brother  and tie rakhi.. That is a holly thing to do. But I can’t be just friend with him?  Is this even fair? why we have to hide our friendship in the shade of any relation ?

We  have some childhood friends but when we grow up why we have to think a lot to even smile at them??  If we  are clear in our decision why we have explain and wait for this society to accept this? why?? Is  friendship  not enough to  show our affection?? love and friendship for two different things. Each one is beautiful in their own way. Let’s don’t confuse those two. Feel the friendship and try to respect them.